Brasilia replaced Rio de Janeiro as the capital of Brazil in 1960. The decision to build the city was made when Juscelino Kubitschek was elected in 1956. It took only 1000 days for urban planner Lucio Costa and architect Oscar Niemeyer to imagine and build the new capital. Few foreign tourists visit the city, although it is an city like no other. 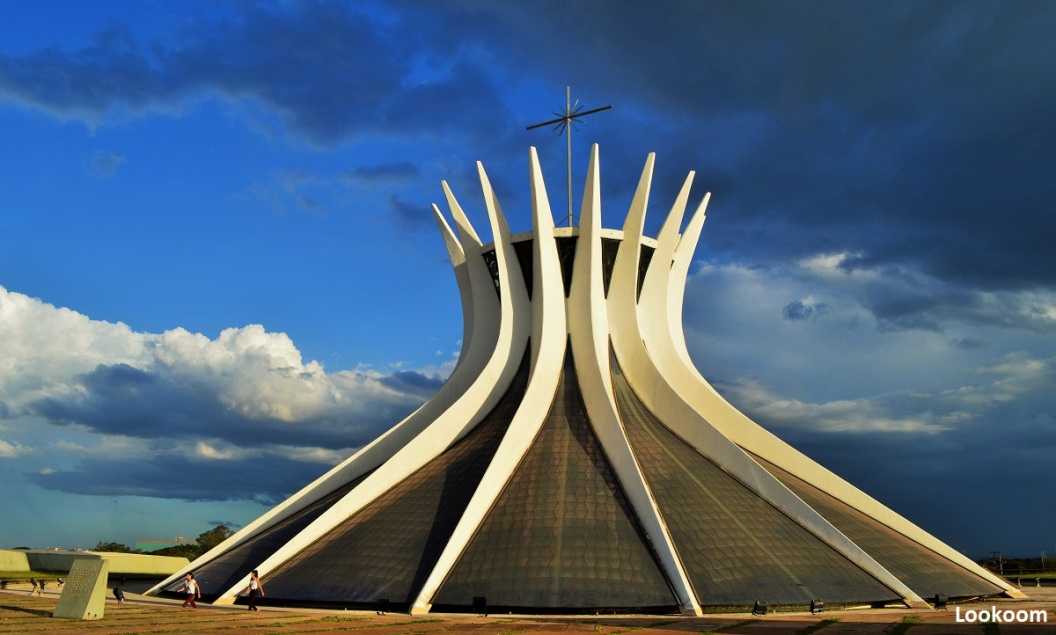 The Catholic Cathedral was consecrated on May 31, 1970. The entrance to the cathedral is a ramp leading to an underground hall that can hold 4,000 people. Only the top of the vault appears on the outside, with 16 columns converging towards the top before widening in the shape of a chalice. A large canopy of coloured glass illuminates the circular interior brightly.

In 2006, on Oscar Niemeyer’s 99th birthday, the National Museum was inaugurated. It takes the simple form of a large dome placed on the ground. It is entered halfway up by a ramp, while the base houses two auditoriums. Inside, the 4,000 square metres are difficult to fill and leave an feeling of emptiness. A curious outer ring allows two levels to be connected. 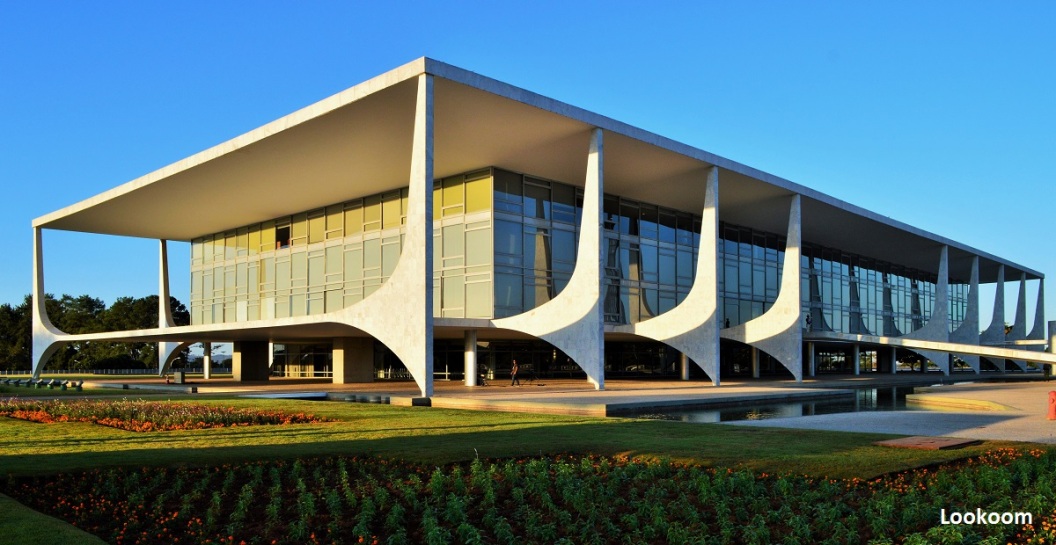 This is the presidential office, its inauguration on 21 April 1960 marked the transfer of the country’s capital from Rio to Brasilia. The four floors seem to be supported by a set of white marble columns, above a basin added for security. A modest changing of the guard takes place several times a day on the ramp leading to the second floor.

The President’s official residence is a few kilometres from his office, in a park overlooking Lake Paranoá. It symbolically was the first official building to be completed during the construction of Brasilia. In addition to the private apartments it contains reception rooms. Visitors can see the palace from the edge of a lawn, protected by a pool.

05. The Square of the Three Powers 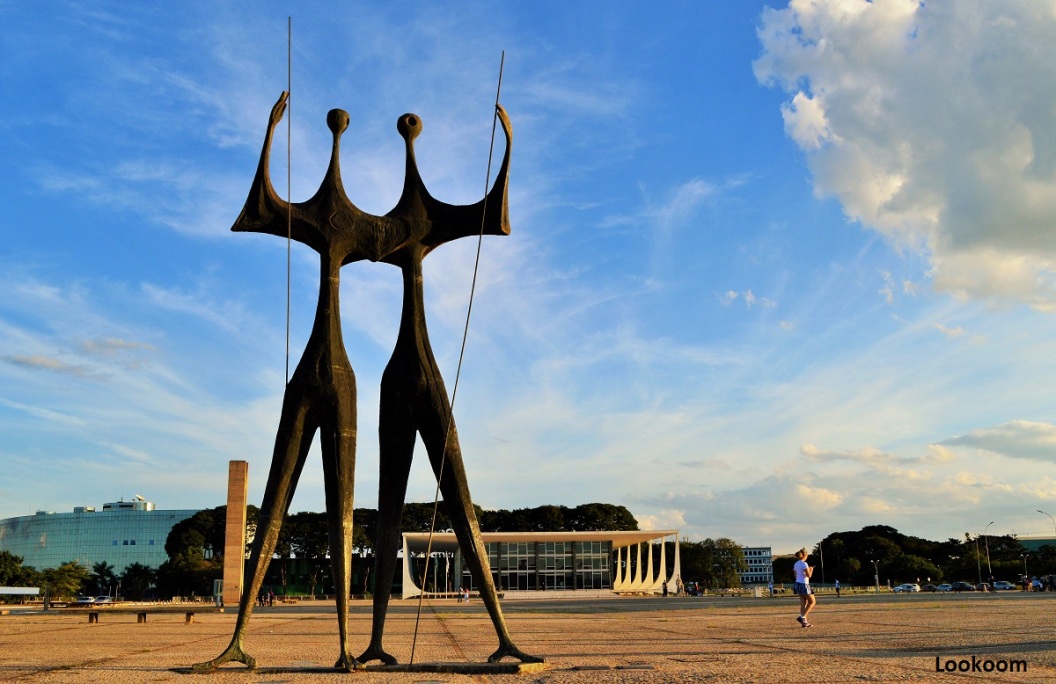 The Square of the Three Powers, Brasilia

According to Brasilia’s pilot plan, the square is at the strategic centre of the city and the country. It is surrounded by the headquarters of the executive, legislative and judicial powers. There are also museums and sculptures, such as Os Candangos dedicated to the city’s building workers. An underground room exhibits the model showing Lucio Costa’s initial pilot plan.

The Chamber of Deputies and the Senate each occupy one side of the building, with their own meeting rooms, respectively under the concave and convex domes. They are connected by a set of halls and meeting rooms. The offices are distributed in the twin towers, as well as in annexes accessible through tunnels

Both the Constitutional Court and the court of highest instance in the judicial system, the Tribunal occupies the opposite side of the Presidential Palace. Their architecture is very similar, with white, triangular columns supporting platforms that appear to contain the floors. There are also annex buildings to absorb the growth in activity. 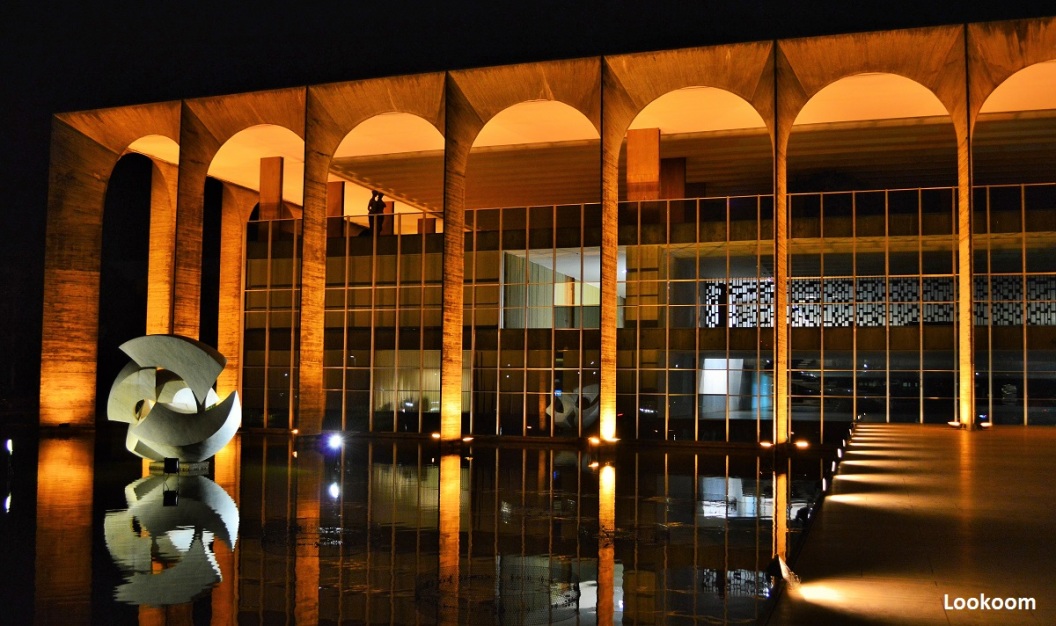 The Itamaraty Palace is occupied by the Ministry of Foreign Affairs, thus escaping the ordinary rectangular buildings on the Ministries’ esplanade. The palace is surrounded by pools where islands of lush vegetation grow. In front of the main facade composed of large regular arches, Bruno Giorgi’s sculpture Meteor was placed on the water.

This bridge was completed in 2002 according to the plans of the architect Alexandre Chan. Over 1.2 km, the three arches each span the roadway which they support with their stays, allowing the crossing of Lake Paranoá. An artificial lake created with the city in order to humidify the very dry air in a region of flat lands. It is also used for water sports, very popular during the summer heat waves.

Installed between the two roads of the Monumental Axis, the memorial pays tribute to Juscelino Kubitschek, at the origin of Brasilia. It contains, among other things, the burial chamber where the remains of the former president are placed. Several rooms of his private apartment have also been recreated. Other personal objects, gifts and photos are also presented.