Fort Walsh was built in 1875 by the Mounted Police in the Cypress Hills.

Until 1870, the Hudson’s Bay Company had a monopoly of trade with First Nations peoples throughout western Canada. This covered an immense territory the size of Europe. Actually, the Company represented the British Crown, based on its trade routes and trading posts, a beginning of organization was taking place.

England then transferred control of the region to the new Canadian Confederation established in 1867. It soon became urgent to enforce the law and discourage American aspirations to pursue the conquest of the West on Canadian land.

This was the mission of the Mounted Police created in 1873. The first fort was established in Regina in 1874 with just under 300 men. Half of them were dispatched to found Fort Walsh the following summer, in direct contact with the First Nations. The Native people were then victims of tampered whiskey sellers, and the police’s action made it possible to establish a relationship of trust.

This relationship was put to the test when Sitting Bull’s Lakotas came to Canada after crushing General Custer’s troops at Little Bighorn, Montana in 1876. Subsequently, treaties had to be negotiated and signed to separate the pioneers’ settlements from the Reservations where the Native people could settle permanently.

Fort Walsh became the main post of the Mounted Police during this period. A small community was formed around the fort, and a cemetery still exists with some of the names of the early settlers. 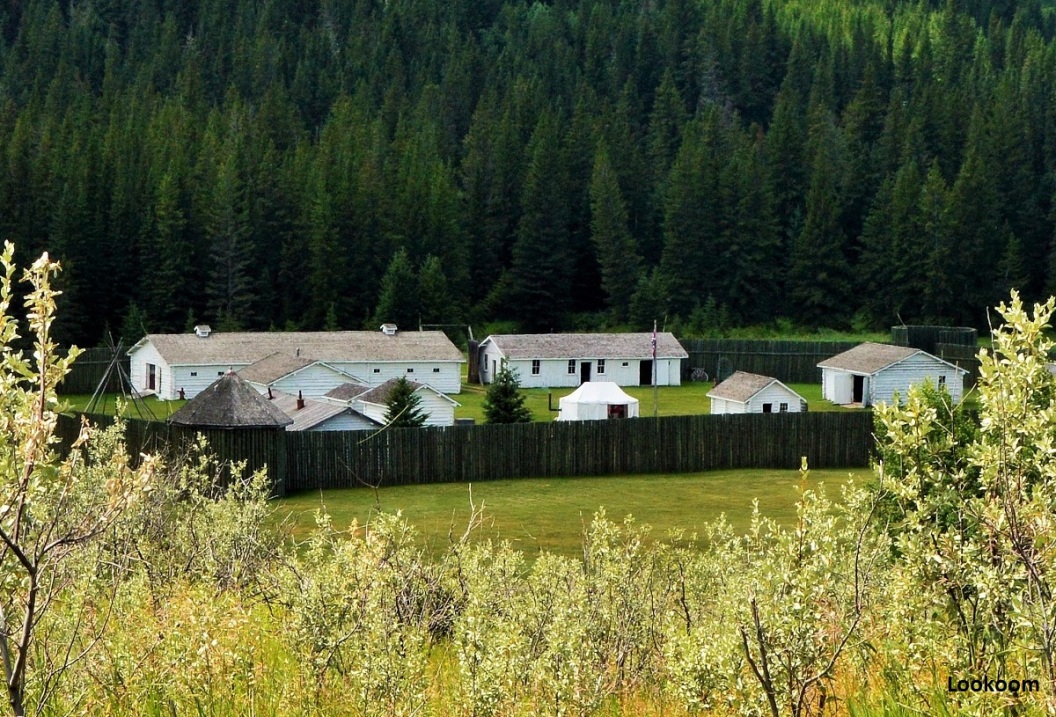 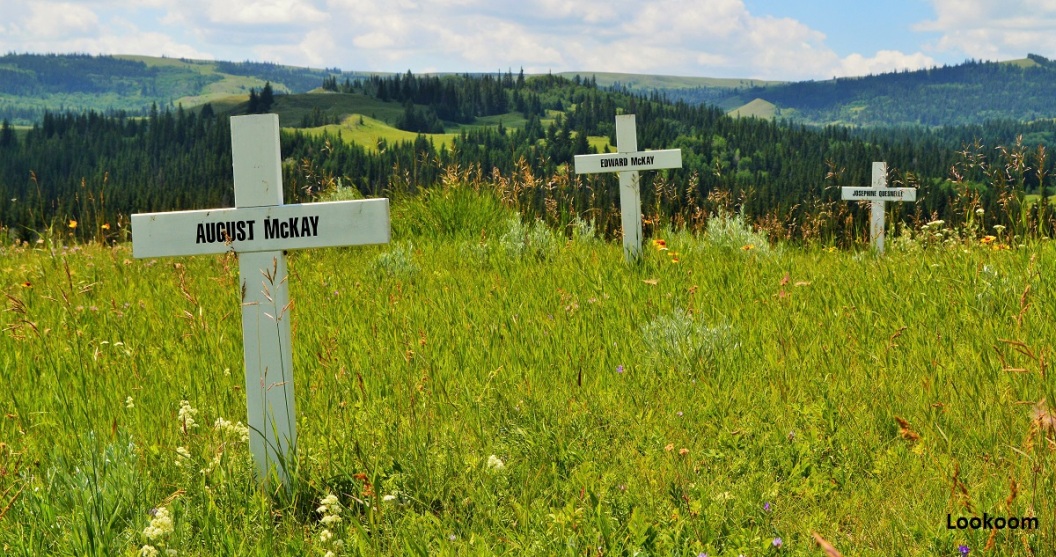 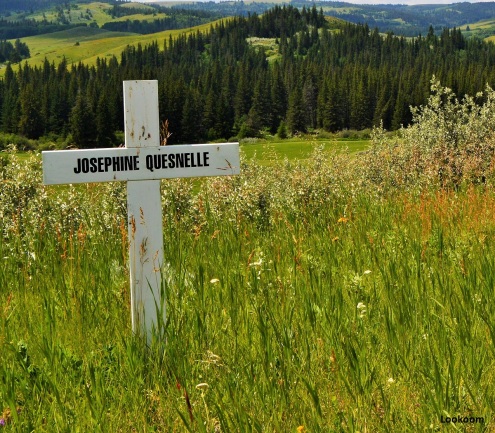 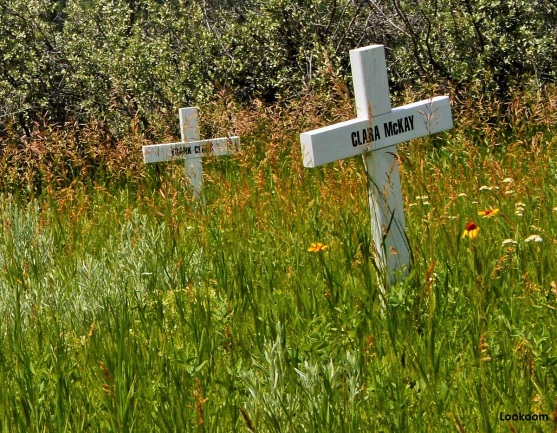 After the situation stabilized, the Mounted Police were gradually redeployed further north and west, as they had been during the Klondike Gold Rush in 1897. Fort Walsh was then abandoned and dismantled towards the end of the 19th century.

It was not until 1942 that the Royal Canadian Mounted Police, the new police force, moved back to Fort Walsh to breed their tall black horses. They were intended to form the Musical Ride cavalry, presenting an equestrian show inherited from the prowess of the early riders.

The stables of the breeding farm allow to imagine what Fort Walsh must have been like originally. 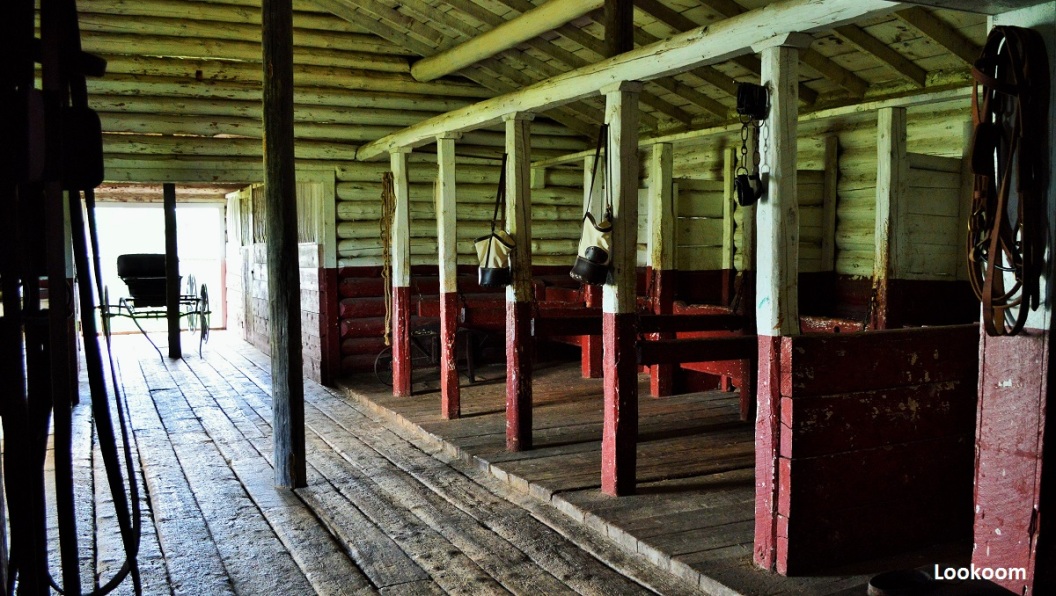 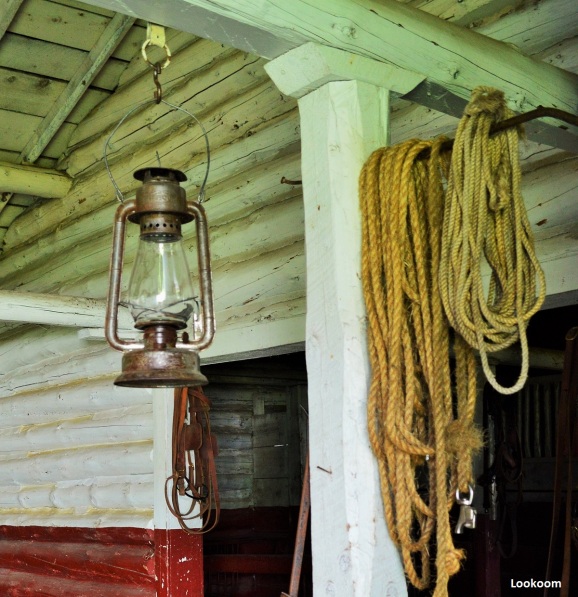 The living quarters have been refurbished as they were originally arranged in order to show the rather spartan conditions that the police had to endure. 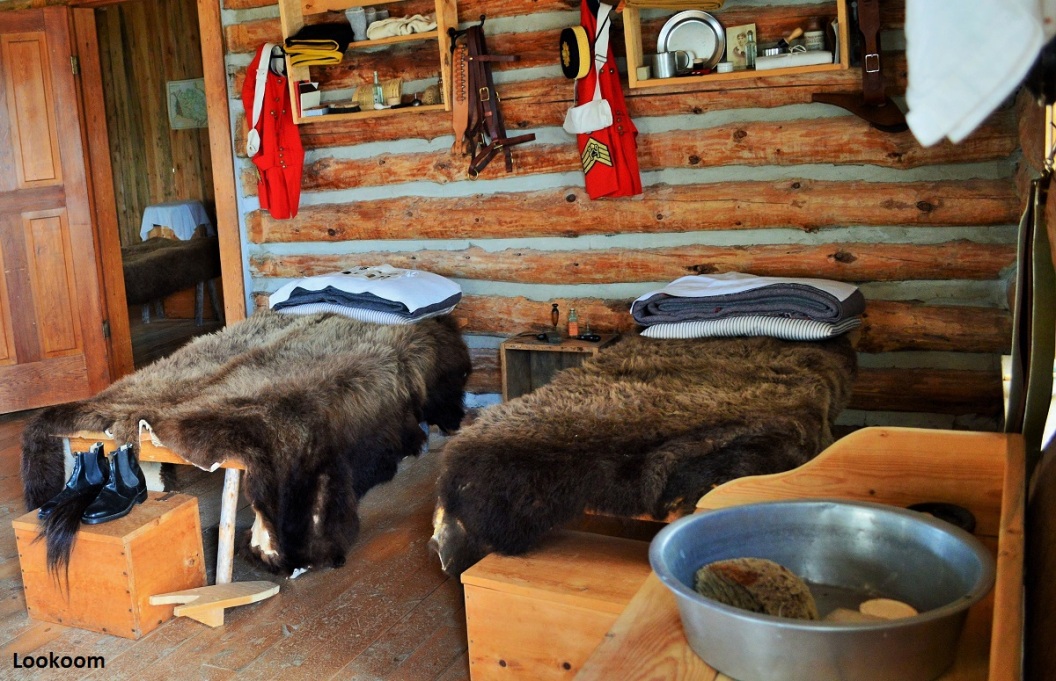 Other aspects of fort life are also presented, such as the office of the Commissioner responsible for negotiating treaties with First Nations. 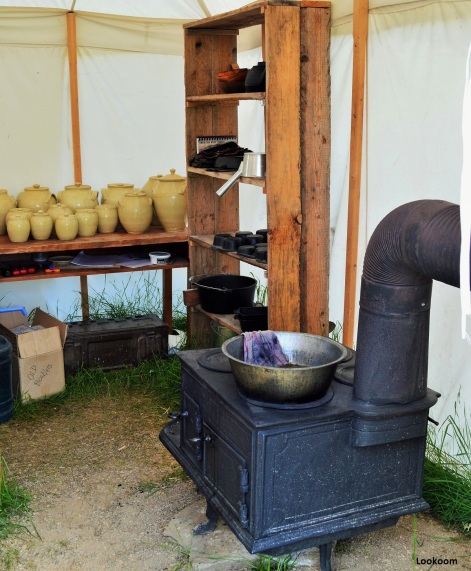 Fort Walsh also had a number of workshops to help make it self-sufficient. 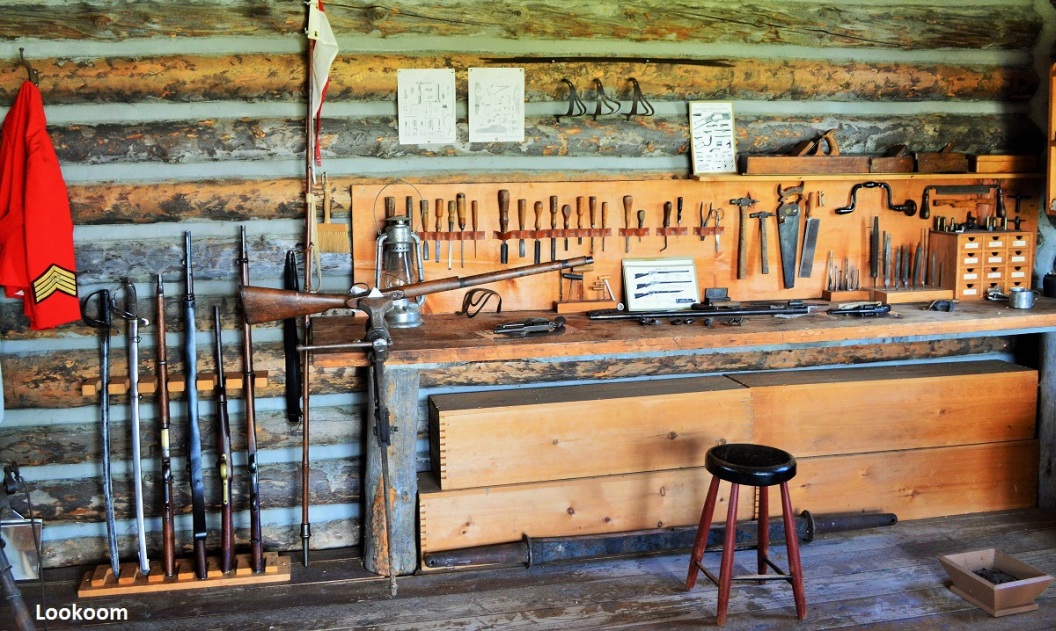 Fort Walsh can be visited during the summer months. As often in Canada at historic sites, costumed guides enliven the site. At certain times of the day, the guides even turn into actors and present a theatrical tour of the fort, recreating historical scenes or everyday moments, such as the theft of a pan.

Those who are bothered by this type of visit can be relieved, as it is still possible to get out of the human pack and explore the fort as you please.

Families should be aware that upon arrival at Fort Walsh, children are immediately enlisted, provided with a uniform and fake weapons. The visit will surely leave them with more lasting memories.

Fort Walsh is located in the Cypress Hills Interprovincial Park, which also offers many outdoor activities.

On the trail of Fort Walsh, SK 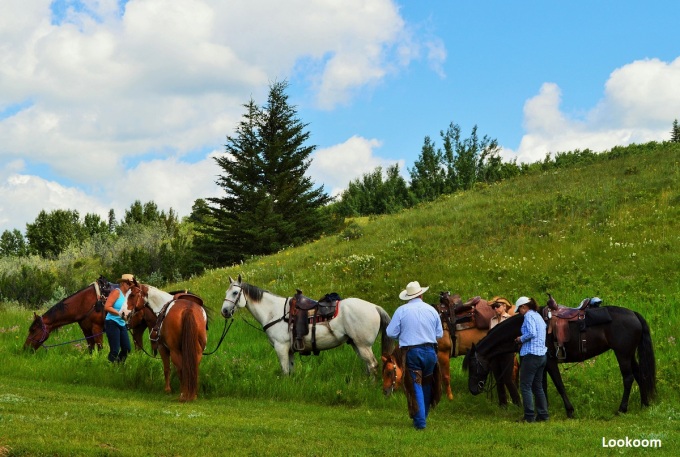 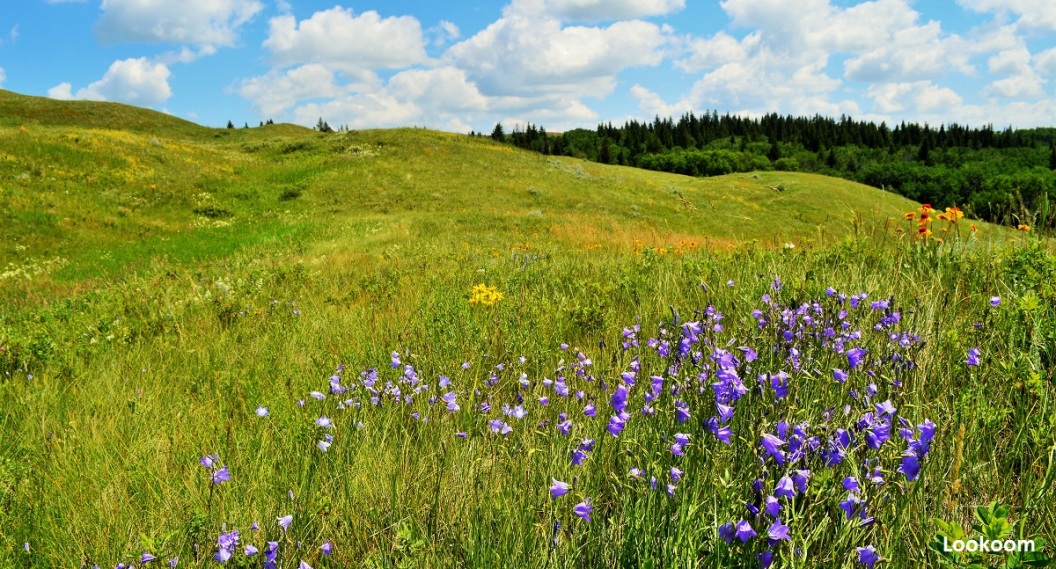 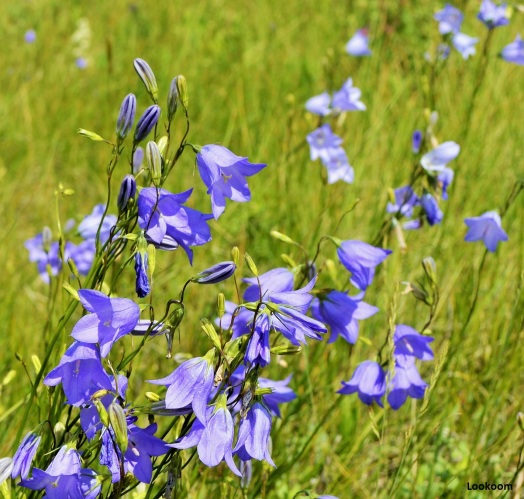 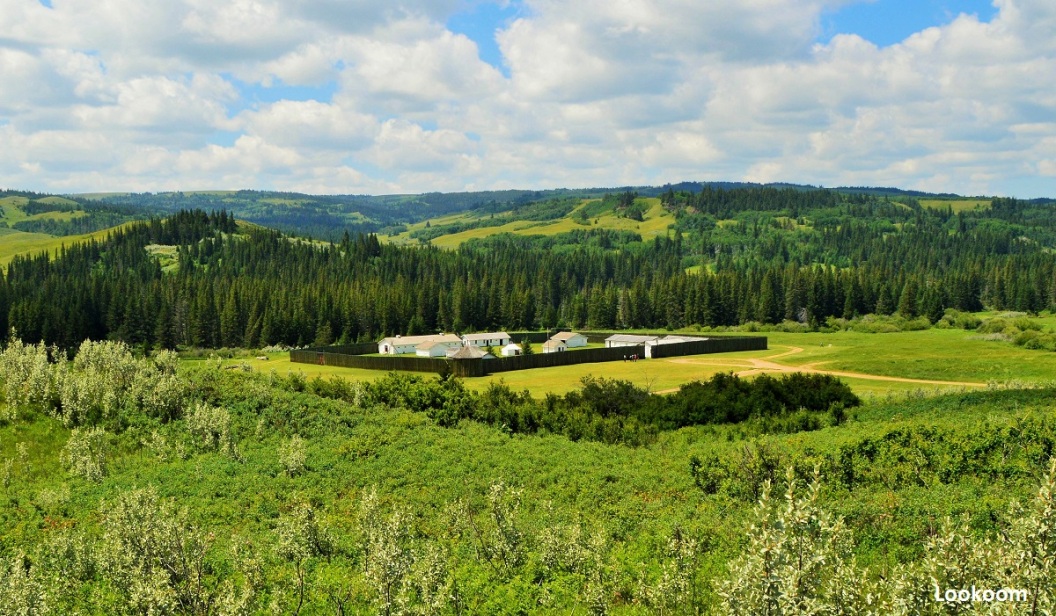 Other articles about Saskatchewan: